More than ever in semicon, with its extremely costly processes and urgent market demand, a high yield is crucial. In order to achieve this, clean working practices throughout the production chain are imperative. FastMicro has developed equipment that measures and characterises cleanliness, and has entered the world market with it. This head-tail start-up originated in the heart of the southern Netherlands ecosystem, around the semiconductor industry there. And that is no coincidence. ‘Engineering complex, high-precision high-tech systems, that’s what this region excels at.’ 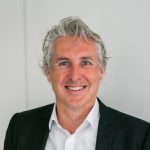 A global market where productivity is more important than ever.

The fully automatic Product Scanner from FastMicro, equipped with a robot and a feeder. Illustration: FastMicro

The question of where FastMicro will be in five years is one that Erik Vermeulen finds difficult to answer. Because the markets targeted by the start-up from Geldrop are still developing. The potential buyers are companies in semicon and displays. Basically all companies that need cleanroom technology to make their products. But the managers who have to decide on the purchase of FastMicro solutions still lack insight into the origin of their problem. ‘And then they are reluctant to fork out the price of a limo for a device that solves that problem.’

The problem Vermeulen is talking about are dirt particles of 200 nanometres or larger which, if not cleaned up, cause quality problems in processes and/or products, which in turn lead to lower uptime and output of production machines and a higher percentage of rework. ‘Many people in the sectors we focus on are not yet sufficiently aware of the importance of design for cleanliness; of the fact that in every step of the production chain, from initial design to service, dirt particles can get into the process or product. If, for example, machines used to produce displays are not designed for cleanliness, this can mean that displays ultimately have to be rejected because too many pixels are shielded by dirt particles.’

At the back of the chain, where the small components including the screws and nuts are manufactured for processing in clean rooms, there is much less awareness than at the front of the chain, where the builders and end users of production machines operate. ‘The high-end parties are data-driven. They know that, by way of providing evidence to their clients, they have to digitally document every step in their processes. They know in detail the costs of downtime or rework. Those are the parties we already do business with.’

These (major) parties, currently only companies in Europe and North America, but soon companies in Asia probably as well – ‘just yesterday I was in a call with someone from South Korea’ – are prepared to spend money on the surface particle contamination measurement that FastMicro has industrialised and launched on the market. Technology that was basically developed by the Delft branch of research institute TNO, also at the table in Geldrop in the person of Rogier Verberk. ‘We started doing this twenty years ago, because companies such as ASML were looking for a solution to the contamination of the reticles (mirrors that contain the structure of one of the layers from which a chip is built, ed.), which in their lithographic processes must be continually put into and out of a vacuum. This resulted in a complex laboratory set-up that was able to visualise particles of up to 50 nanometres. This is done by focusing laser light from numerous angles and different colours on a surface to be monitored and deducing its location and size from its reflection – scattering – on the dirt particles.’ 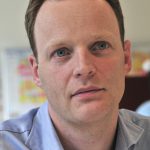 But that was a large, expensive machine that offered a resolution that only a few companies needed. ‘So we started working on a more compact device, with a lower resolution – 200 nanometres – equipped with less expensive and smaller light sources and cameras, which could be of interest to many more companies,’ says TNO’s director of semiconductor equipment. However, TNO is not here to turn the technology developed there into a marketable product itself. That began when Rob Lansbergen (of Lans Engineering) started working on it in 2017. He made an initial sketch of a compact, functional design for a user-friendly scanner, equipped with a camera, mirrors and a light source of sufficient quality and small enough to fit into a housing the size of a microwave oven. 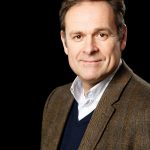 In the next phase Bart van Mierlo of the Science & Technology Group was called in to develop accurately operating software and an accessible interface. For industrialisation, to turn Van Lansbergen’s sketch into a working and producible product, Marc Evers came into the picture. He had just left KMWE and started his own business TBRM, a group currently numbering eight companies, including FastMicro since October 2019. In the spring of 2020, Erik Vermeulen (previously CEO of De Koningh Medical Products and start-up Qynion, among others) was appointed CEO and in the second quarter of last year the first beta version of the ‘FastMicro Sample Scanner’ was shipped to the first client.

Fifteen of these scanners have now been installed on clients’ premises in five countries and they have provided a great deal of feedback. ‘We have been able to collect large amounts of data on the operation of the device in various operating conditions, operated by cleaning specialists in R&D environments and by operators in production environments. But now it is beta-ready. The sample scanner is now a reliable, robust and user-friendly device that quickly delivers good quality,’ Vermeulen says. On FastMicro’s website, a video shows how a cleanroom employee presses a flexible plate onto a surface to be tested and then places it in the sample scanner. On a screen all dirt particles become visible, accompanied by a huge amount of data about the location and size of each particle.

This FastMicro Sample Scanner produces fast results, but measures indirectly and requires manual work, while there is a need to measure directly on products, at a high throughput. The modern semiconductor industry in particular makes these demands. ‘We’ve seen that trend for years,’ says Verberk. ‘But given the current major shortages of chips, it is now suddenly obvious to everyone that the production of chips must be stepped up. In such an environment, there is no time for rework and downtime on account of contamination. This can easily cost huge amounts of money. And in that environment, there’s a great need for equipment that detects that contamination in good time, at the same rate as the rest of the semiconductor production line.’ That is why FastMicro immediately went ahead with the development of the Product Scanner, in a more quickly operated manual version, but also in a fully automatic one, equipped with a robot and a feeder. It can scan pellicles (which must protect the reticles from dirt particles), reticles and also wafers in a few minutes, analyse the results and provide useful feedback to operators so they can take action.

Verberk and Vermeulen are convinced that the region in the south of the Netherlands, where this equipment was developed and is being built, is the place to be. ‘System engineering, integrating all the necessary disciplines into a highly complex piece of equipment is what this region excels at, the ecosystem around ASML that has set a very high standard with EUV,’ explains Verberk. Vermeulen: ‘FastMicro is a head-to-tail company. We concentrate, currently with ten people, on sales and service and developing the right products for that. We leave all the rest – sourcing, industrialisation, construction, assembly and testing – to system suppliers from this region, such as KMWE and Mevi. They in turn have a supply base, especially in the southern part of the Netherlands, which is at a world-class level in the high mix low volume segment. That’s how we, as a start-up, can be a player in the Champions League of equipment manufacturing.’ 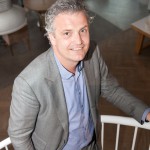 How successful FastMicro will be in that competition – where the company will be in five years’ time is a tough question for Erik Vermeulen. Especially since he cannot yet predict how the market will react. ‘Where we will be in five years depends on the speed of adoption by the market. But I’m sure it will happen. To this end, our application engineers must make the client aware of this solution to his problem. A problem that the client now thinks they can solve by cleaning intensively – often unnecessarily or in vain. A problem for which we have developed a fast and reliable solution that did not exist before. It costs an amount of money that can be recovered dozens of times over in one year, certainly at the front end of the chain, at the OEM.’ To conclude in concrete terms: ‘This is a global market worth more than 100 million euros in which we want to be the leading OEM in five to ten years’ time.’

KMWE was already involved with the sample scanner in the ‘pre-proto phase’, at a time when FastMicro had yet to see the light of day. Getting in so early meant that KMWE could incorporate a great deal of its manufacturing knowledge in the machine, says director Edward Voncken. ‘Of course, the sample scanner not only has to work properly, the device must also not become more expensive than necessary. That requires reengineering. We also took testability into account – because you want to be sure that the scanners that go to the client work properly. Also, in industrialisation, we specified the tools that were needed for production.’

KMWE will also supply for the product scanner. ‘That will be a division of tasks between us and Mevi, ensuring that activities end up with the parties that are best at them.’