Brainport Industries has further tightened ties with similar high-tech ecosystems in Germany and Belgium. The three of them have set up Smart Factory Europe (SF-EU), which will coordinate projects in the Smart Industry field labs – which have different names in our neighbouring countries – in order to boost the digitization of the European manufacturing sector, so that it is better able to withstand ‘the violence from the Far East and the Wild West’, as managing director John Blankendaal of Brainport Industries puts it.

‘Together we can resist Far East and Wild West’

‘If we want to maintain our competitiveness, or better yet: strengthen it, we need to move towards European cooperation’, says John Blankendaal. ‘A country like the Netherlands is too small to tackle all the challenges involved in realizing the digital ‘factory of the future’ alone – and that even applies to Germany. They realize that all too well: the initiative for Smart Factory Europe comes from there’.

Together with its members, SmartFactoryKL is developing the concepts to meet the production challenges of the future.
Prof. Dr. Martin Ruskowski, Chairman of the Executive Board of SmartFactoryKL

He is referring to SmartFactorykl – kl stands for Kaiserslautern -, a network organization in which some 50 manufacturing companies, knowledge institutes and educational institutions work together to ultimately realize the digital, networked – thereby optimally flexible and cost-efficient – factory of the future through research, development and testing. . Highly comparable to the Smart Industry field labs in our country. There are already more than fifty, six of which fall under the umbrella of the innovation program of Brainport Industries. Blankendaal: ‘All together we are talking about 75 participating manufacturing companies, knowledge institutes and educational institutions.’

The field labs are not locked for non-Dutch parties, just as non-German parties are allowed to participate in SmartFactorykl. ‘What matters most is that the participants communicate openly, share knowledge and experiences and make an active contribution.’

Just as the participants in the Dutch field labs can learn from each other, the field labs in our country can also learn from clusters in Germany – and from Flanders Make, the Belgian research centre for the manufacturing industry in which 600 researchers from that sector work full-time on a common industrial agenda. Flanders Make is the third founder of Smart Factory Europe.

Brainport Industries, SFkl, Flanders Make – three clusters that focus on what their members are best served by. They have in common that they want to strengthen the manufacturing industry through cooperation by starting with digitization in a targeted and accelerated manner. Blankendaal: ‘The Dutch manufacturing industry is strong in low volume, high mix, high complexity. Because OEMs have increasingly placed the manufacturing work with their suppliers, a supply chain has arisen that knows about areas such as (system) engineering.’

The high-tech manufacturing sector in Belgium and Germany has other strengths. For example, in Germany you have many companies that are very strong in automating production processes, for example with a protocol such as OPC UA (United Architecture), which is able to let the functions and machines in processes – from different suppliers – ‘consult’ with each other. about the best solution in this or that case. A big step towards the digital smart factory, which can produce small series of different products at the cost of mass production of one and the same product. Why still outsource to the Far East? 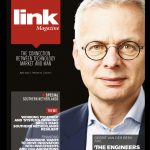 Link those German capabilities to automate production processes with what the Netherlands has achieved in the field of chain cooperation – and you will really make great strides on the path to the smart factory. ‘By cooperating with parties outside our own country, we can deal with the violence of the competition from the Far East and the Wild West’, said John Blankendaal, who has carefully mapped out what industrial Germany has to offer. For many years, Brainport Industries has been organizing trade missions, company visits and fact finding missions to Germany. In particular to Baden-Württemberg and Bavaria, where not only the automotive (Mercedes, BMW, Audi, Porsche), but also in other sectors many companies are world players – not least medical technology companies. In addition, the ‘orange’ exposure also focuses on Rheinland-Pfalz (among others, Kaiserslautern), Saksen (strong semicon, Saxion Semicon) and Nordrhein-Westfalen (NRW).

NRW in particular offers Dutch manufacturing companies great opportunities for new business, according to the managing director of Brainport Industries. ‘We have participated in fairs and road shows under the label Medizintechnik Holland for a number of years. That is starting to pay off: the companies that participated there have demonstrably increased their turnover in Germany more than companies that did not participate.’

In brief: cooperation on a European scale pays off. And that is why Smart Factory Europe is a welcome initiative. The cluster keeps the door open for the participation of more EU countries.