2016 was another hectic year for Brightlands Chemelot Campus in Sittard-Geleen. The brand-new Center Court conference and meeting building opened its doors, the 3D-print centre doubled its capacity, SABIC opened a new research centre and several new companies moved to Brightlands, including DSM Innovation Center. 2017 is opening with the pilot plant zone, a ‘quarter’ for pilot plants.

Between a labyrinth of tubes and pipes, surrounded by somewhat dated low-rise buildings, the newly opened pilot plant zone actually hardly stands out. It is a clean, sober building with no frills. Only once you are behind the white façade does it become clear that this is where the new engine of Brightlands Chemelot Campus is purring away. It is home to five advanced pilot plants, operated by bioplastics pioneer Avantium, paper manufacturer Sappi, chemicals separator Technoforce, petrochemicals giant SABIC and the Brightlands campus’ own multi-client multi-purpose pilot plant. ‘This is indeed a very important pillar of our campus’, says Luc Lanclus, chief operations officer at Brightlands. ‘We have attracted numerous companies and research institutes and their laboratories, in which scientists, academics and businesses are working together on new materials and applications, both bio-based and oil-based. It soon became clear that besides laboratories, there was also an urgent need for pilot plants. They are needed to test the materials and substances before taking the step up to expensive production facilities. In 2014, we decided to add some new buildings designed especially for that purpose: the pilot plants. These facilities are more than ten metres high in order to allow room for a complete distillation column. In addition, we also provide the permits and round-the-clock security. Naturally we are also expecting cross-fertilisation and cooperation. Wherever possible, new technologies and knowledge are shared. That is one of the hallmarks of this campus.’

The pilot plant lane built in 2016, with an area of 3000 square metres, has already been largely let out. One part is also available for SMEs to rent per half day, including specialist operators.

Valorisation institute InSciTe is the largest customer at the Brightlands multi-purpose multi-client pilot plant, where several test installations are set up. ‘We initiate our own research projects with DSM, Maastricht University and Eindhoven University of Technology and we also work with entrepreneurs who want to test their ideas, says InSciTe director Emiel Staring. SMEs usually do not have the resources to set up their own pilot plants and purchase the right equipment, nor the knowledge to operate them. A pilot plant is therefore essential.’

InSciTe expects the first concrete results in the near future. ‘We are seeking to establish whether the work done in the laboratory can be replicated on a larger scale in a pilot plant. Only then will we take the step up to a demo factory.’ 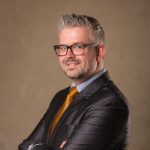 Technoforce Solutions is an Indian equipment manufacturer specialising in plants for separating and purifying substances.In 2013, the company moved into Europe, deciding to establish a presence at Brightlands Chemelot Campus in Geleen. ‘Because of its central location, easy accessibility, infrastructure and, above all, the facilities on site’, says director Ben Bovendeerd. ‘Environmental permits, security and energy are all provided. Plus knowledge workers who speak English, that’s very important for our Indian parent company.’

Technoforce made a modest start but scaled up significantly last year because the demand for separation plants is high. ‘We were able to move into the new building where the pilot plants are concentrated. Because we get a lot of requests and are growing steadily, we decided to build eleven new pilot plants in one go. This specific combination of complementary separation technologies under one roof including a laboratory is unique for Europe.’

A new generation of polypropylene

The Saudi company SABIC, which has its European head office in Sittard, has a prominent presence on the adjacent industrial site, with two naphtha crackers and several downstream polymer factories, and is currently putting the finishing touches to a pilot plant for developing the next generation of polypropylene. ‘The pilot plant will contribute to the production of better materials in our factories’, says Bert Groothuis, Director for Technology & Innovation. ‘Our customers are primarily looking for variants with improved stiffness/impact resistance, processing properties and other secondary properties, and we are keen to satisfy their requirements.’

Besides investing millions in the pilot plant, SABIC previously moved a substantial part of its R&D department to the new research centre at the Chemelot Brightlands Campus. It currently employs 200 people, a number that will rise further in the years to come. Bert Groothuis: ‘The campus is not only attracting businesses but also scientists, universities and other educational institutions; knowledge-sharing is regarded as the engine of the campus. For SABIC, this is the ideal place to continue to grow and innovate.’ 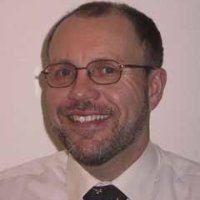 Nanocellulose as a new raw material

The pilot plant operated by paper manufacturer Sappi was the first to be commissioned. The company wants to use it to lay the foundations for the large-scale production of nanocellulose. ‘This is the basis for a revolution in new materials’, says R&D director Math Jennekens. ‘Nanocellulose will replace oil as the raw material for numerous synthetic materials. It is lighter, stronger, more durable and good for the environment.’

Cellulose is obtained from wood and is the most important raw material for paper. Nearly ten years ago, Math Jennekens, then already Research & Development director at one of the largest paper manufacturers in the world, with factories in Maastricht, Lanaken and elsewhere, launched the idea of using it to make other products.

Sappi is aiming to build a large factory for nanocellulose as early as 2020. Until then, the energy-efficient pilot plant in Geleen will serve as the forerunner and the place where researchers can experiment and test to their hearts’ content. 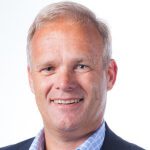 Luc Lanclus expects a second building for pilot plants to be constructed in the near future. ‘We are seeing the number of startups grow and also large established companies coming to this campus. They want to be part of this ecosystem. Incidentally, we are far from done here yet. Together with Chemelot Industrial Park, we want to transform ourselves into the most sustainable and modern campus in Europe for materials and fine chemicals, with the business-oriented R&D campus as a catalyst; a place where knowledge is translated into concrete products and processes. At the end of the day, it’s about the money.’