The Dutch like to see themselves as people who can work well together and who are able to keep track when engineering complex configurations. Good colleagues therefore, even if they are a bit blunt at times. Link Magazine asked a few outsiders with a rich work experience in (the south of) the Netherlands about their opinion of these people. ‘Generally they don’t bother to sugar-coat a message, so there’s no need for interpretations. It’s a good thing that you don’t waste any time on that.’

Bob Chylak, CTO of Kulicke & Soffa (left), with John Jorritsma, the mayor of Eindhoven, at the Opening Ceremony of the new Process & Applications lab in 2017: ‘There are plenty of systems architects in Eindhoven who are able to maintain a good mental picture of the overall system. In the U.S., people with that quality are much scarcer.’ Photo: K&S

Bob Chylak, CTO of Kulicke & Soffa, was closely involved in the acquisition of Assembleon in 2014 and frequently worked at the Eindhoven site at that time, but also afterwards. This allowed him to gain a nuanced impression of the southern Netherlands’ high-tech ecosystem, its qualities and the people who work there. “The approximately one hundred engineers we have in Eindhoven work closely with their R&D colleagues in Pennsylvania on the development of machines for electronics assembly. And that collaboration is extremely positive. The people in Eindhoven work hard, are very committed and have a lot of knowledge of mechanics, electronics and software, so they really know their stuff. And they go about things just a little more systematically than our R&D staff in the US, so they also have an eye for detail. In Pennsylvania they work fast, but sometimes they miss things. And our Dutch people are a bit more innovative than our engineers in Asia. Innovations come from the Netherlands or the US.”

He also acknowledges the Dutch quality of systems engineering. “There are plenty of systems architects in Eindhoven who are able to maintain a good mental picture of the overall system. In the U.S., people with that quality are much scarcer.” He also likes the fact that there are plenty of good suppliers available in the southern Netherlands. “We do the high-end development work ourselves, but when it comes to the slightly less exciting work we are able to find very good engineers in Eindhoven and the surrounding area to complement our own people.”

Chylak is therefore very enthusiastic about the engineering quality and capacity of the ecosystem in the southern Netherlands. Would that be a reason for him to shift the focus of Kulicke & Soffa’s R&D to this region? “Our policy when acquiring companies is to leave the engineering where it is. So nowadays we have R&D centres in the Netherlands and the US, at our headquarters in Singapore, but also in China and Israel. These centres complement each other well, so we have no reason to change our policy.” In mid-2017, K&S did invest in a Process & Applications lab in Eindhoven, a facility covering an area of 180 square metres. This is a research and testing facility boasting state-of-the-art equipment for testing customers’ new machines in conjunction with them. 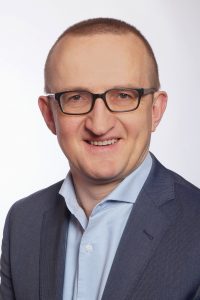 Alexander Megej, CTO of the Industrial business unit of TE Connectivity based in Switzerland, has spent several stints of his career in the Netherlands. ‘I find the Dutch well educated with in-depth mechanical and electrical engineering knowledge. At the same time, they’re very pragmatic.’ Photo: TE Connectivity

Alexander Megej, CTO of the Industrial business unit of TE Connectivity based in Switzerland, has spent several stints of his career in the Netherlands. He worked with SRON (Space Research Organization of Netherlands) in Groningen and later as a contractor for TNO Defence, Safety & Security in The Hague. Nowadays, he is in regular contact with his team members at the TE Connectivity office in Den Bosch. ‘I find the Dutch well educated with in-depth mechanical and electrical engineering knowledge. At the same time, they’re very pragmatic.’

These qualities are very important for TE Connectivity’s Industrial business unit, a company that specialises in the development and production of hardware needed to make electrical or data connections. Connections on a PCB or in a PLC, but also for machine-machine communication. Connections that are capable to function in harsh environments– including high temperatures, toxic gases and high humidity. The hardware – cables, connectors, as well as sensors, instruments and insulation material – is often produced for high-mix low-volume applications. In addition, customer-specific solutions are frequently developed and produced on a project basis. Megej leads teams that carry out such projects, which also include Dutch colleagues.

‘That work is often done under time pressure. And then it’s pleasant that the Dutch – I’m generalising now – communicate directly. Generally they don’t bother to sugar-coat a message, so there’s no need for interpretations. If you need to come to a practical solution quickly, it’s a good thing that you don’t waste any time on that.’

At the TE Connectivity’s website, Megej is described as an engineer who can stay focused on what is important rather than getting lost in detail. ‘As a leader, he empowers his teams to step back and evaluate the entire performance challenge, guiding them in taking a systems approach to helping customers achieve more integration within industrial machines and factory networks.’ He also recognises this system-thinking quality in the Dutch engineers he has worked with. ‘In order to quickly arrive at a good client-specific solution, it is important to have knowledge of what has worked in previous jobs for other clients as well as having a good insight into the current technical challenges. This allows you to quickly arrive at a robust, feasible and cost-effective solution. Many Dutch engineers possess precisely that quality.’