It began as a challenge from his customer ASML: why didn’t Dennis Schipper set up a location in North Brabant for his firm Demcon? Wouldn’t that better in terms of collaboration and their connection with the region? Schipper couldn’t say no to that. And so six years ago, Demcon moved into an industrial unit in Son. Since then, the company has grown substantially and it is now housed in larger premises in Best, where there is room for startups like Hemics.

Demcon: focused on the southern region, now from bigger premises in Best

And there was another reason to also to open an office in North Brabant, says Schipper. ‘There are lots of top tech people working in our region, people who are a perfect fit for us. But we didn’t want to move them all to Twente, where our head office is located. So if we wanted to have those good people, we needed to have a regional presence.’ 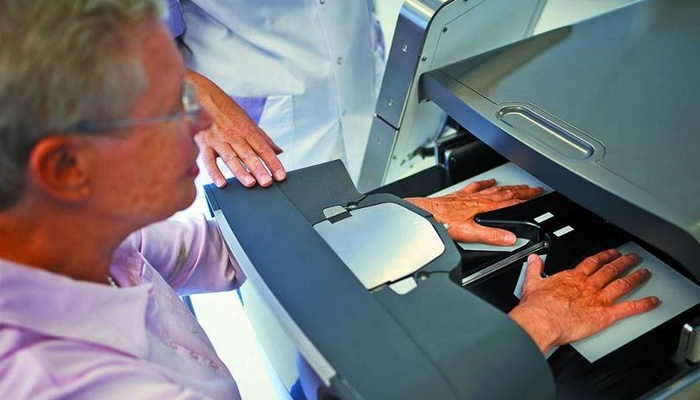 Hemics has developed a Hand Scan product which can be used to diagnose (the extent of) rheumatism.

Demcon was founded in Enschede in 1993 by Schipper and his partner Peter Rutgers, who knew each other from the University of Twente. Schipper had just completed a four-year PhD assignment on the opportunities and possibilities of mechatronics, the combination of collaborative engineering disciplines, such as electrical engineering and control systems engineering. Over the past 25 years, Demcon has evolved from a mechatronic design agency to a technology developer and manufacturer – partly through autonomous growth, partly through acquisitions. There is a Demcon Group, described by Schipper as a ‘high-end technology supplier of products and services’. The group numbers several firms, including Advanced Mechatronics, Metal Injection Moulding, Finapres Medical Systems and Production.

‘We can consolidate some more this year and develop steadily’

Late last year, the company had 615 employees spread over five sites and a turnover of about 60 million euros. For all those years, Schipper says, the company has held onto its original idea: to be a technology firm where innovation is paramount and where content is more important than form.

Of those 615 people, 120 are currently employed at the Brabant site, which opened last year in Best. The building in Son had become too small. The move makes it possible for Demcon to continue to grow in the region. ‘In the new building, we have more office space, bigger labs and a large cleanroom’, says Schipper. ‘And we have room to bring in and coach regional start-ups as an incubator – like we do in Enschede. That is a role that suits us well. It’s good for us and good for the region. It generates mutual insights and new knowledge. And we enjoy doing it. By the end of the year, we want to have landed two to three small firms.’

Demcon is serious about being here and playing a role in the region, says Schipper. ‘Whenever there are major developments or initiatives, for example from the Brabantse Ontwikkelings Maatschappij (Brabant Development Agency), we are involved. We are part of the conversation, we put forward ideas and contribute our knowledge and experience. And we are also part of Brainport Industries, in which regional companies work together to increase their innovative clout.’

Schipper feels that Demcon also takes its responsibilities seriously in other ways. In late December 2018, it acquired Hemics, a developer of technology for monitoring rheumatism patients which is based in the same region. Hemics has developed a Hand Scan product which can be used to diagnose (the extent of) rheumatism. ‘We had teamed up with Hemics in 2012 to develop products and jointly manufacture them. But their shareholders felt things were moving too slowly. They lost confidence and let the company go bankrupt. We thought that was a shame, because we believe the Hand Scan has great potential, being compact, patient-friendly and affordable. The Dutch rheumatism charity Reumafonds believes there is a demand for Hemics’s product, and various clinic have also shown an interest. So we took their people on and moved them into our office in Best. Over the time to come we will be looking into whether and how we can get the product onto the market.’ 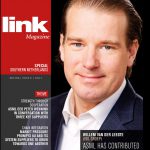 This year Demcon Best needs to develop further, says Schipper. He expects to have a workforce of about 150 people by the end of the year. That growth will come from a focus on existing markets (such as high-tech systems), but also by identifying new markets, such as industrial systems. ‘But I don’t think we will achieve the growth target of 40 percent compared to 2018 this year. And we don’t have to. We still have concrete acquisitions planned. We can consolidate some more this year and develop steadily, that’s fine too.’