Mengjuan Zhou is not denying that China is much more self-sufficient in developing and producing high-tech today. However, Zhou, project manager of BOM (Brabant Development Agency) Foreign Investments China emphasises that China still needs Europe, to develop processes and manufacture products. She is referring in particular to processes and products for the semiconductor industry.

Chinese companies seek cooperation in the south of the Netherlands

‘China is not yet on the same level as the US, the UK or the Netherlands in that respect. That is why Chinese companies are also looking in the south of the Netherlands for companies or talent that can help them with this, for example, in the design of chips. Not with the intention of attracting those companies or people to China, but by working with them in Brabant, which, after all, is seen as the European Silicon Valley. Of the same level as the American valley, but still much less known.’ 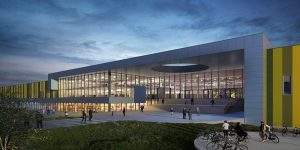 Raising awareness in particular is her role and that of her BOM colleagues (specialists in specific sectors), in order to attract investments from China to the southern Dutch province of Noord-Brabant. And the province still has some progress to make in that area, she explains. ‘Dutch football is highly regarded in China and PSV in Eindhoven rings a bell with many. If you tell them that Eindhoven is a city in the province of Brabant, the penny drops. Semicon in Eindhoven is strongly developed, as is solar with companies such as Solliance Thin Film Solar Research and the Holst Centre. And also industrial automation with, for example, the facilities and the innovation programme Factory of the Future at the Brainport Industries Campus.’

Zhou has been back in China for four months now because of the pandemic, but she lived in Den Bosch for several years and knows what strengths of the city she has to name in order to interest Chinese entrepreneurs: ‘The Jheronimus Academy of Data Science in Den Bosch boasts considerable know-how in the field of data analysis. And it is also a good base for agri-food companies. Because it is not far from Wageningen with the world-renowned Wageningen University.’

Before the COVID pandemic, Zhou had as many as 85 projects going: all with Chinese companies that showed an active interest in Brabant. But since the beginning of last year, China is more or less locked down and travelling is difficult. As a result, about fifteen projects have been put on hold or cancelled. ‘COVID has made it more difficult to make personal contact with people, but the ambition to enter the European market has not diminished. Accordingly, Chinese companies in the south of the Netherlands are looking for local partners who can help them with logistics. Breda, for example, is not only a nice place to live,’ says Zhou, ‘but also a good logistic gateway to the European hinterland, at a short distance from the ports of Rotterdam and Antwerp.’ 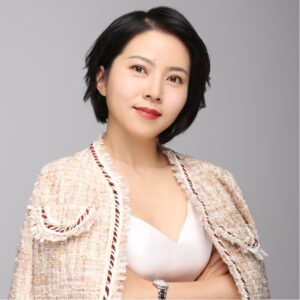 The search for partners in the Netherlands and Europe is not only encouraged by the BOM, but also by the Chinese government, a policy that has been reinforced by the political tensions between China and the US. ‘The latest strategic plan from Beijing, the follow-up to Made in China 2025, explicitly encourages entrepreneurs to seek cooperation with European companies. Being assured of government support if they take that step is very motivating for Chinese entrepreneurs. Whether that policy is accompanied by financial support? I’m not ruling it out, but it’s not a formal part of that policy,’ she says with a laugh.

HAND Enterprise Solutions Europe has had a presence in Eindhoven since 2019. It is a Chinese IT company specialising in the implementation of its own integrated IT system, including ERP and MES, and those of third parties. In Europe, the customer base consists mainly of Chinese companies that have acquired a manufacturing company, particularly in countries with a large industry such as France, Germany and Great Britain. Yet HAND has chosen to settle in the High Tech Campus Eindhoven and Cindy Shao, Managing Director Europe, has three reasons for this. ‘Eindhoven’s location in Europe. We have customers in many European countries and from here we can easily travel to them. Furthermore, there is an open business ecosystem here with organisations such as the Netherlands Foreign Investment Agency Kamer, the Brabant Development Agency and the province of Noord-Brabant that are highly service-oriented and a pleasure to work with. Third, the availability of talented, well-educated IT people counts. Provided you make them the right offer, you can also attract people from The Hague or Amsterdam. Cities that lie outside this region, but the Netherlands is a small country where distances are never great.’ HAND Enterprise Solutions Europe works closely with business partners in several European countries and has ten permanent and flexible employees in Eindhoven. ‘The intention is to allow that to grow organically over the next few years.’