Startups are the fuel for any campus. New entrepreneurs are therefore given as much help and nurturing as possible, but successes are limited. In the long run, barely 10 percent 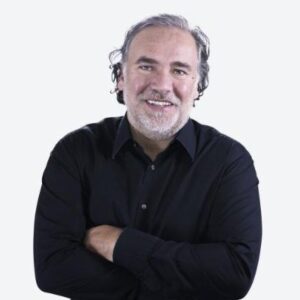 survive. The Brightlands Innovation Factory in Lim’burg is taking a different approach. ‘We only let startups go once the factory is up and running. Even if that takes ten years.’

Attract 40 startups, every year – that is the ambitious goal of the four Brightlands Campuses in Limburg. ‘No problem’, says Léon Klinkers, CEO of the Brightlands Innovation Factory. ‘There is no shortage of ideas. The challenge is to enable the startups to grow into into companies that turn a profit, create jobs and contribute to the economy. And that’s not so easy. Figures show that the vast majority of start-ups never make it that far and go before their time. That usually has nothing to do with the idea per se or a lack of professionalism, but more with a lack of support. Start-ups are let go too soon. That’s why we are taking a different approach with the Innovation Factory.’

In effect, the Innovation Factory is building on Startup Bootcamp, a tried-and-tested method of helping start-ups to convert their ideas into business plans. ‘That’s right’, says Léon Klinkers, himself a successful entrepreneur until he chose to start working for Brightlands last year. ‘There was nothing wrong with it. However, making a business plan is just the first step in a process of growing towards maturity. The bootcamp, which is about distilling the most promising ideas, is followed by four more equally important phases. We are now taking an integrated approach. Including the bootcamp of course. It all starts with an idea. That idea first needs to be properly worked out and evaluated. When both parties agree on its viability, that’s when it really begins.’

He likes to use a simple image to illustrate what he means: a funnel with five stages, each one narrower than the one before. The idea is followed by the incubation, acceleration, valorisation and scaling-up phases. ‘Each stage requires a different type of support, and different funding. In order to test an idea, you need money; running tests requires even more capital. And ultimately, for production you are talking about several millions. We support the process right up until the opening of the production facility, so to speak.’

Brightlands Innovation Factory supports start-ups which apply to the Chemelot Campus in Geleen, the Health Campus in Maastricht, the Agrofood Campus in Venlo and the Smart Services Campus in Heerlen for help. ‘We have a unique proposition’, continues Léon Klinkers. ‘Thanks to the mutual collaboration there, the start-ups can make use of labs, research institutes, test plants and experts in big data. Dozens of experienced entrepreneurs and knowledge workers are involved in the Innovation Factory, supporting the potential start-ups in every area – from marketing to finance and from production processes to sales. There are also specialists to help with finance and such matters as IP. And not unimportantly: once the start-up is ready to start manufacturing, there is sufficient room on the various campuses, plus all the facilities and associated services. Ultimately, our goal remains to valorise and create jobs here. We aim to deliver around 200 start-ups by 2023, representing 1000 extra jobs.’ 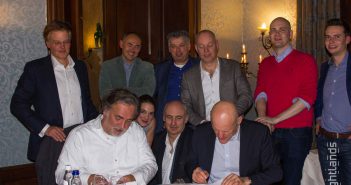 Early this year, the Brightlands Innovation Factory entered into a partnership with the French incubator IncubAlliance. ‘Our ecosystems are quite similar. By working together, our start-ups gain access to a huge network in Saclay, just south of Paris. It is home to companies such as Dassault and Airbus, firms which are very interested in the new materials we are developing in Limburg. Conversely, the French start-ups gain access to our network. We believe in international