Kulicke & Soffa  Netherlands in Eindhoven are doing well, in the shape of the former Assemblèon. Since the acquisition, a lot of progress has been made, relates Bob Chylak. He was closely involved in the takeover as head of the technical team that analysed Assemblèon ahead of the deal on issues such as technology, capacity and competitiveness.

‘A lab like that, where we can test the new machine together with the customer, is very important’ 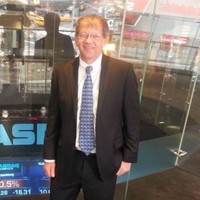 The acquisition for 98 million dollars in late 2014 restored the former Philips company to financial stability. There has since been a growth in sales in Eindhoven, says Chylak. For example, the firm recently won a large order from a US consumer products multinational. ‘This has everything to do with the high quality and accuracy of the advanced packaging machines we develop and build in Eindhoven – machines that can be custom-built to very specific customer requirements, which is important because that is what customers want these days’, says Chylak, who is Vice President Global Process Engineering of this Singaporean manufacturer of systems for packaging semiconductors and assembling electronics.

This is the background against which the mid-2017 investment by K&S in the Process & Applications lab in Eindhoven, a facility with an area of 180 square metres, should be viewed. Since being spun off from Philips, Assemblèon no longer had its own research and testing facility. ‘And that was a loss. A lab like that, where we can test the new machine together with the customer, is very important. Working with companies like Indium Corporation and MPM Speed Line, suppliers to the semicon and electronics industry, we have been able to fit the facility with state-of-the-art equipment. These partners now benefit from having a showroom where they can demonstrate their products to their customers.’

All in all, it was a major outlay for K&S, but not one that needs to be earned back straightaway: ‘This is an investment for the longer term’, emphasises Chylak. Last year, Kulicke & Soffa Netherlands won the Best Industrial Customer Award 2017 (one of the Dutch Industrial Suppliers Awards, an initiative by Link Magazine, ING bank and Isah Business Software). It is a prestigious prize – among other things because companies cannot nominate themselves but can only be nominated by satisfied suppliers. For Chylak, that, too, underlines that investing in the Eindhoven-based firm was a smart move.

K&S never considered moving Assemblèon’s activities to Asia, where a large proportion of the market is located. ‘Our R&D is distributed all over the world. Moving production activities to Singapore would not have made sense. After all, we only manufacture a few of the type of packaging machines we build in Eindhoven every quarter. On the other hand, we were keen to have a footprint in Eindhoven. It is a city and a region with lots of highly trained, talented people and a great place to live and work’, he notes.

Several months previously, Kulicke & Soffa also acquired the young business Liteq, which markets lithography solutions for packaging chips. K&S will also be continuing these activities in Eindhoven. The company confirms that the favourable ecosystem of the Brainport contributed to the acquisition.