The goal of Brainport Industries, which is celebrating its 10th anniversary this year, is to ‘connect suppliers in the high-tech manufacturing chains in order to further enhance the professionalism and competitiveness of the chain together’. To this end, numerous projects have been launched in recent years under the headings of ‘technology’, ‘market’ and ‘people’. 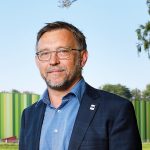 For example, several of the current 105 members are working together to increase knowledge of additive manufacturing, there is the innovation programme Factory of the Future in which suppliers explore the possibilities of digitising processes together, and a format has been developed in the field lab Smart Connected Supplier Network for safe and error-free exchange of data in the chain that will also be used on a European scale. Within the framework of market approach, the members have been joining marketing forces for years at trade fairs such as the Hannover Messe, MedtecLIVE in Nuremberg, and W3+ Fair in Wetzlar. A recent example is the participation in the ‘Green Chemistry, New Economy’ programme in which the major chemical companies are collaborating with high-tech SMEs on a fossil-free chemical industry by 2050. And, in the battle for talent, for example, a large number of members are working together with technical education institutions in Futuretec to innovate education so that it contributes optimally to strengthening the Brainport economy.

In short, says John Blankendaal, managing director of Brainport Industries, a lot has been achieved in the past ten years. Whether all these activities have actually strengthened the professionalism and competitiveness of the companies in Brainport is something he cannot prove. ‘But I do think so, judging by the growth in the number of paying members. In contrast to, for example, regional development agencies, our organisation is not funded by the government but by our members. They evidently experience our added value. And when I look at the special innovations that our suppliers are working on worldwide and the multinational customers they are working for, whether or not in cooperation with each other, I see a globally highly competitive ecosystem in Brainport – not just the area around Eindhoven; we are open to the entire high-tech Netherlands. But I also note that we’re not there yet, that the world is changing rapidly and that we need to respond to these dynamics.’

‘At the project level, it is sometimes a matter of taking three steps forward and then two steps back again, because the driving personalities start working elsewhere, or because the market changes for a few participants. In that case, projects are adjusted or new ones started. At the chain level, we are dealing with geopolitical tensions, with China where the industry is developing rapidly. That is why we are now working together with Sioux and others on a ‘Brainport Industries Hub’ in Suzhou. To maintain chain control. Because it is true that the level of knowledge of, for example, industrial automation has risen rapidly in China. But by being there with high-tech suppliers from Brainport, you can combine the knowledge from both continents, so that you don’t have to re-invent the same complex wheel in two places at the same time. This is the only way to maintain global leadership in the most complex technologies in areas such as semiconductor lithography, nanotechnology and quantum mechanics. For that you need the pooling of the greatest talents worldwide. If you start to isolate yourself in areas like that, as the US tends to do, you will eventually fall behind. Think global, act local: that is Brainport Industries’ motto.’ 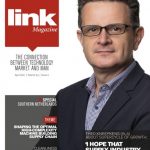 In the past ten years Brainport Industries has remained a ‘lean’ organisation, now consisting of four people who initiate and supervise all advanced manufacturing activities. Activities that for almost two years have largely taken place at Brainport Industries Campus (BIC) in Eindhoven: 100,000 square meters where companies like KMWE and Yaskawa, but also the Summa Techniek College, are based and know to find each other. The opening of the BIC in October 2019 by King Willem-Alexander was an absolute highlight in the existence of Brainport Industries.

In the meantime, the plans for a second building are being worked on with the municipality of Eindhoven and the province of Noord Brabant. Plans that will undoubtedly receive the necessary attention during the Annual Conference scheduled for 7 October. The tenth anniversary will also be celebrated then. ‘Post-corona’, when everyone has been safely vaccinated, in an old-fashioned personal setting. Blankendaal is eagerly looking forward to it.